The communication practised by politicians is highly calculated, supporting their aim to transport their own messages and to sway the voters. Applying a linguistic  perspective,  Marta Degani has studied speeches by US-American politicians, including election addresses by Barack Obama, but also by Hillary Clinton and Donald Trump.

“In the United States, political communication is conducted in a highly professionalized manner. Very little is left to chance”, Marta Degani (Department of English and American Studies) reports. Her research, along with additional studies by colleagues, has shown that numerous US-American politicians draw upon two “idealised” cognitive models in their language. These can be traced back to the linguist George Lakoff, who works with the model of the “strict father”  and  the “nurturant parent”. While the former model is based on authority, a hierarchical distribution of power, and a compelling leadership figure, the latter is characterised by equality, a horizontal distribution of power, and mutual solicitude. Depending on the socio-cultural setting in which someone grows up, she or he will favour one or the other model. “When politicians avail themselves of the most suitable respective model, when they use certain metaphors and concepts and tell matching “stories”, listeners are more likely to feel affected.”  Using this theory as a lens, Marta Degani analysed the election speeches held by Barack Obama during the 2008 campaign, and came to a clear conclusion: “The role of the “nurturant parent” corresponds to his political credo.”

The art of “storytelling” as a communicative strategy has an important part to play in political communication. Here, too, Barack Obama serves as a good example, according to Marta Degani. “He tells various stories: About himself, about his provenance, his family, but he also tells stories about ordinary  American citizens. In addition, there are stories that depict America as a great nation.” When asked whether European politicians are also adept at telling stories, Degani responds: “Yes, though maybe not quite as skilled as their peers in the United States.”

Political language is heavily influenced by the prevailing culture. This is the case on a regional level, but it is also true historically. Marta Degani’s current observations have detected a trend towards anti-intellectualism, which is emerging as a social phenomenon, and is occasionally rendered visible in the shape of certain types of political populism. She found interesting proof of this in the so-called “announcement speeches” held by Hillary Clinton and Donald Trump in 2015, when they announced that they were running as presidential candidates. Degani used “readability tests” to examine the complexity of these addresses. One of the results: “Donald Trump’s speech can be comprehended by a 10-year-old child.” Here is another example using figures: “12 percent of the words in Clinton’s address are complex, while in Trump’s case, only 7.7 percent of words are complex. Moreover, on average, Clinton’s sentences consist of 16 words, while Trumps are comprised of 10.” 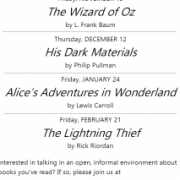 “OntoDebug” – a development of the Applied Informatics in Klagenfurt

Drawing from the past for the benefit of the present

Guest Lecture by Prof. Dr. Wojciech Malecki “What Animal Stories Do to Your Mind: Narratives, Psychology, and Social Change”