Dr. Anouschka Foltz received a Magister Degree from the University of Mannheim in 2003. Her Magister thesis, supervised by Prof. Rosemarie Tracy, was an empirical study comparing native (American) and non-native (German) speakers’ argumentative discourse in English. In 2000/2001, she had the opportunity to study abroad at the University of North Carolina at Chapel Hill and gain her first teaching experience at the Department of Germanic Languages and Literatures.

In 2010, Dr. Foltz received both an M.A. and a Ph.D. in Linguistics from The Ohio State University. Her Ph.D. dissertation, entitled “The Effect of Pitch Accents and Boundary Tones on the Interpretation of L+H* Accents”, was supervised by Prof. Shari Speer. During her time at The Ohio State University, she mostly worked on sentence processing and the production and comprehension of prosody in adults. She also taught numerous undergraduate classes. After completing her Ph.D., Dr. Foltz spent four years working as a postdoctoral researcher in the Collaborative Research Centre 673 “Alignment in Communication” at Bielefeld University. During this time, she worked with the principle investigators Prof. Prisca Stenneken, Prof. Philipp Cimiano, and PD Dr. Katharina Rohlfing. Most of this work focused on syntactic and lexical alignment phenomena in both children and adults. She has been the Lecturer in Psycholinguistics at Bangor University since 2014.

Immersed in a sea of words: Poetic metaphors 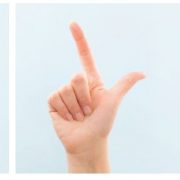 Andrea Tonelleo was honored with the Aerospace Best Paper Award