Within this stage we

The applicability of the chosen approach was shown via a first prototype. Persons carrying out special activities of daily life were monitored in a test environment, and their observed individual behavior was logged textually. Based on the logs individual cognitive models were modeled with using a first HCM-L modeler prototype. Abstraction and integration was done manually by the modeler. The prototype also demonstrated simple options how HCM can be used to support the chosen activities of daily life in cases of need. 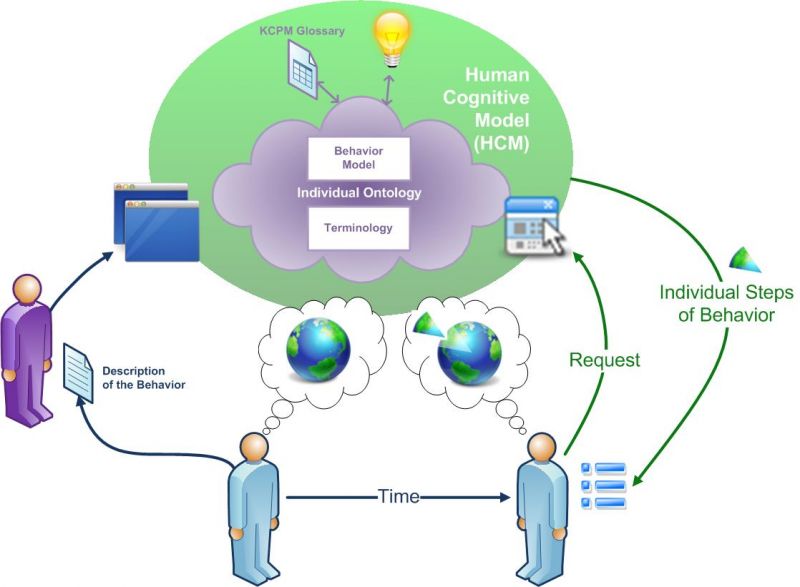 The next step of the project concentrated on

Again, extensive evaluations with user participation were carried out.

Currently we focus on making context sensitive both, the monitoring process and the assistance options context,

This concerns, in particular,